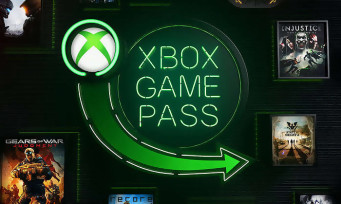 Microsoft had however vowed not to communicate any more sales figures around its consoles or its services, but when it comes to the Xbox Game Pass, the manufacturer allows itself a small sprain to the golden rule that he imposed on himself. On the occasion of the financial results of its last quarter which were made public, we learned that 18 million subscriptions were recorded for Xbox Game Pass, or 3 million more compared to September 2020 since 15 million subscriptions had been identified. It must be said that with the release of the Xbox Series X and S, Microsoft has given a real boost to the communication of the service, which is slowly but surely needed by the general public. We can also imagine that the arrival of EA Play and the announcement of the takeover of Bethesda Softworks have undoubtedly increased the popularity of the service.

According to figures cited by Satya Nadella, the CEO of Microsoft, no less than 70% of Xbox Series X | S owners have subscribed to Xbox Game Pass. This is a huge adoption rate that explains the commitment of gamers to the Xbox brand. In the process, Satya Nadella did not fail to divulge the figures for Xbox LIVE, which today reach more than 100 million active accounts. Nadella also recalled that sales of the Xbox Series X | S have been successful, and that this is the best launch of an Xbox console since the inception of the brand.