Apart from a few werewolves, the Werewolf universe is extremely close to ours. Moreover Earthblood is part of current themes, where hypocritical mega-corporations claim to fight against global warming while gleefully plundering the planet’s resources. The main evil enterprise here is called Endron, and as the story unfolds, we will discover that it is hiding an even more evil plan behind its lofty statements of intent. To defend nature against these vile industrialists, what better than a pack of werewolves? The one presented to us at the start of the adventure is notably made up of Cahal, the bald / bearded / muscular / tattooed lycanthrope hero that we embody, his human wife Ludmila and their daughter Aedana, who has not yet lived her life. first transformation. If thereafter the scenario never leaves the beaten track, it has all the same the merit of taking place in a pleasant universe and too rarely adapted in video game. We are neither in a blockbuster nor in an author’s film, of course, but in a series B which fully assumes to make werewolves and exoskeletons confront each other! 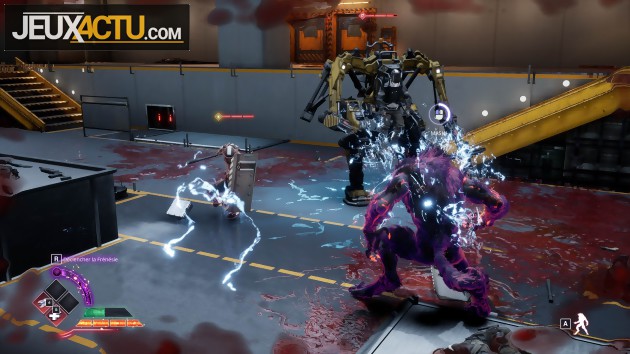 The incorporation of supernatural and mystical creatures into a modern, industrial world works quite well, although the overall writing is far away to reach heights. And then let’s face it, playing a character capable of assuming three different states (human, wolf and werewolf) is far from unpleasant. In his basic state, Cahal can interact with allied characters, even enemies in some cases, crouch to approach a guard from the rear and twist him, use a crossbow, or even interact with switches and other computers. You will understand, we are therefore dealing with a game that emphasizes infiltration, this component being reinforced by the possibility of transforming at will into a wolf. The animal state makes it possible to move more quickly, to be more difficult to spot by enemies, and to use the many ventilation ducts present in the levels. 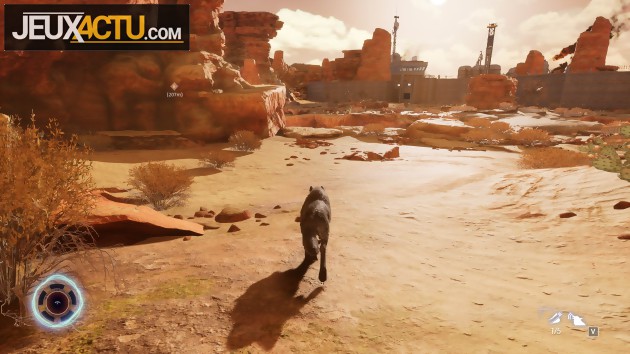 HE IS CRAZY ALF THE WOLF

] As for the werewolf state, it usually occurs when we miss our infiltration attempt and things get out of hand. Cahal then transforms into a ferocious beast which unleashes violently on the poor humans around. The game offers us relatively classic and efficient fights, which use a system made of fast, powerful and jumped attacks, dodging, special blows to be triggered thanks to a rage gauge, alternating between an agile and heavy position. , and ultimate frenzy that delivers both speed and power. And against all odds, it is this aspect of the game that turns out to be the most successful! The hero and the enemies move rather well, the clashes are bloody at will, and one feels good feelings of power, reinforced by the contrast with the phases of infiltration which precede the fights. Problem: Wereworld is an RPG franchise, and that aspect turns out to be very limited. We do have a skill tree, but it remains fairly anecdotal and essentially allows us to improve our combat capabilities.

As for the dialogues, they are mostly of no importance, the different branches generally leading more or less to the same answers and most of the time having absolutely no consequence. The only exception to this comes from some missions where it is possible to dialogue with the first enemies of the level. By answering their questions correctly, we can then infiltrate their base more naturally. Knowing that the correct answers can only be known to the player if they have paid attention to the lore of the game (by listening to seemingly innocuous conversations or reading documents), Earthblood then rises in our esteem. Alas, these moments of dazzling are the exception and not the rule. Moreover the infiltration phases are hardly more exciting than the RPG aspect, because they are far too static. 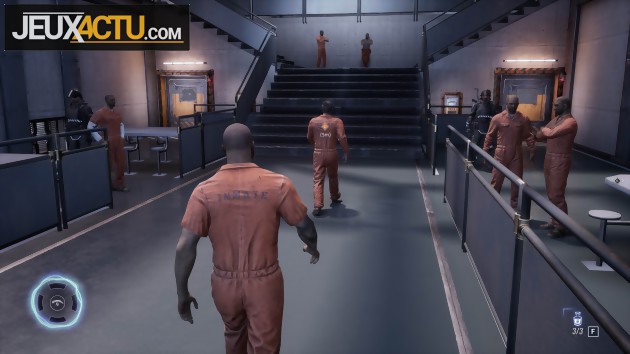 [19459002 ] Most of the enemies stay planted in the same place, it is not possible to distract the others from their rounds, and the decorations use and abuse the same principle of “barriers” intended to help the hero to hide. Whether you are in offices, laboratories, warehouses or in a prison, you will inevitably find rows of low walls that mark the path in a way too obvious. The Immersive Sim aspect that the adventure could have taken on also suffers from these too systematic game mechanics. We feel too clearly that the ventilation ducts are placed there only for the player, and not in a natural way, while any annoying camera will necessarily be located not far from a computer allowing to deactivate it. During the ten or so hours necessary to visit all levels from top to bottom, the adventure regularly blows hot and cold, each promising aspect being finally executed in a rather questionable way. History to permanently ruin its chances with the most demanding players, Earthblood also suffers from an old technique. NPCs as stiff as stakes, purely decorative ladders that cannot be used, heroes who slide a few centimeters to reach a precise position, sometimes extremely sketchy models, and uneven animations (often successful for wolves and werewolves, rather misfires for humans) go hand in hand with a somewhat rushed end game, which multiplies awkward transitions based on lazy fades to black. So Cyanide Studio is clearly not at its best here, Earthblood reminding us more of the middle Of Orcs and Men than the pleasant Styx. 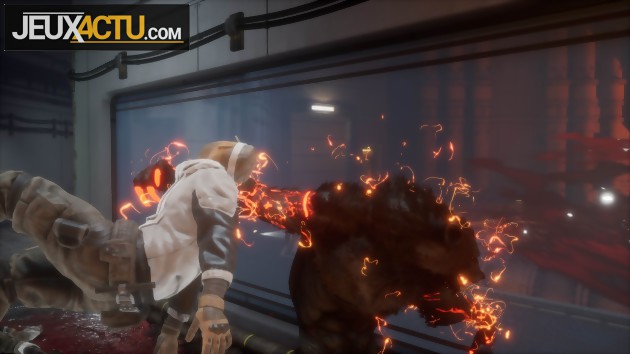