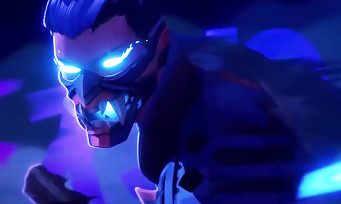 We are a few hours away from the deployment of Episode 2 of Act 1 for Valorant, since it is that night that the serious things will begin. In the meantime, Riot Games continues to raise the pressure by revealing the outlines of the new character: Yoru. Originally from Japan, this new agent has the ability to teleport wherever he wants thanks to his ability to create orbs capable of acting as teleportation portals. He can thus pass behind an opponent’s back in the blink of an eye if he has managed to anticipate an attack. Better, Yoru can also travel in dimensional space where he can see enemies but not touch them. The idea is to allow him to spy on others and thus base a strategy of attack, or defense, afterwards. While waiting for the arrival of the update which will be done on the night of Tuesday January 12 to Wednesday January 13 around 4 am, we can revel in the cinematic trailer and the first gameplay images concerning this very interesting Yoru.