In less than four months, Dontnod will have released an adventure game featuring twins, and another revolving around a journalistic investigation. Go find out why, but it’s the first one called Tell Me Why, and the second one called Twin Mirror. The reverse would have worked at least as well! Moreover, we would not be surprised to learn that these interchangeable names, as well as the proximity of the two release dates, have confused some players. Let us try to remedy this by taking a closer look at this Twin Mirror. 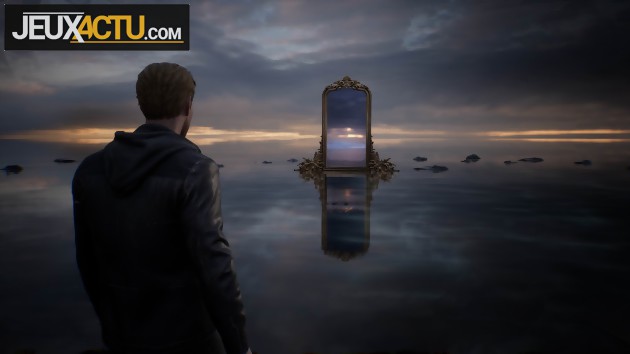 After two years of absence, journalist Samuel Higgs is back in Basswood, his hometown in West Virginia. His former colleague and friend Nick has just died in a car accident which, of course, will quickly turn out to be questionable. Sam then promises Nick’s daughter to investigate her father’s death. This informal investigation will lead him to discuss with a whole bunch of local characters, ranging from the bar owner to the policeman, including the pharmacist or the waitress at the local café. If some interlocutors are friendly, others blame Sam for being responsible for the closure of the coal mine that supported the city, following an article denouncing a certain lack of security. To top it off, Nick’s girlfriend also turns out to be Sam’s ex who after the first playthrough wakes up in his hotel room with a hangover, a bloody shirt, and partial amnesia. . Suffice to say that the atmosphere is not really party.

This is also one of the qualities of the game, which effectively distills a relatively heavy climate and resumes its counts the thematic, classic but effective, of the small American provincial town which looks clean on it but which hides heavy secrets. There are accents of Twin Peaks, Deadly Premonition or even Alan Wake in this Twin Mirror. But you might as well warn you right away: the scenario will not turn your brain around. We will not go into details so as not to spoil the few surprises it conceals, but know that it turns out to be very agreed upon. On the other hand, the graphic design turns out to be very well made. From this point of view (and from this point of view only…) Dontnod really seems to progress with each new game. The faces are more expressive, detailed and believable than ever, while the environments at times border on photorealism, aided in this by very good management of the light. 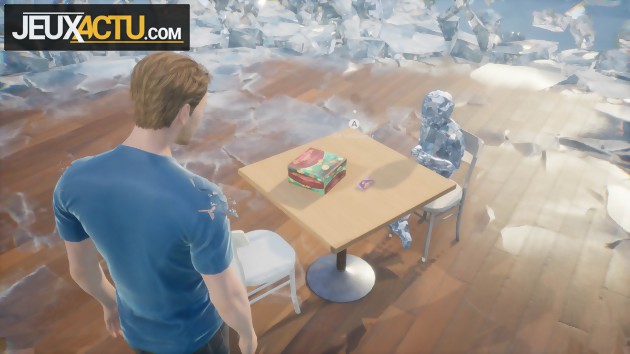 All the rest of the adventure is based on an extremely classic gameplay, made of multiple choice dialogues and small puzzles quickly dispatched.


The quality of the lighting can be appreciated in particular in Sam’s “mental palace”, a bright and crystalline place that represents his inner reflections. These sequences sometimes serve the narration, and other times the gameplay. In the first case, they only allow us to trigger the visualization of memories, while in the second, they ask us to reconstruct a past or future event. To do this, you have to choose between several actions at different stages, until you find the right sequence. The game also commits a good big mistake of taste by imposing a sequence of this type on us at a specific time, in order to distract the attention of certain characters. Except that the abracadabrantesque plan that we are rolling out is absolutely not justified. There were a thousand ways to solve the problem more simply. Happier, Twin Mirror also invites us on all too rare occasions to deal with Sam’s panic attacks, for example by avoiding obstacles in an automatic race, finding a familiar face among many figures, or progressing through a maze.

All the rest of the adventure, however, is based on extremely classic gameplay, made up of multiple-choice dialogues and small puzzles quickly dispatched. Each scene of the game taking place in a well-defined place, the code to open the safe (or the key to the padlock, the computer password, etc.) is never far away, and never very complicated to discover . Good points all the same for the Pac-Man arcade machine of the bar, perfectly playable, or for this automatic display and in superimposition of the decorations of the description of certain objects. This avoids having to actively trigger the observation of the most trivial elements. We also appreciated the move away from the episodic format in which the studio’s previous games were formatted. It is still more pleasant to be able to walk through the history of a block. Moreover, the latter is not very long, five to six hours of play being sufficient to reach one of the five possible endings. It’s a bit short, especially since some promising characters are ultimately only overlooked by the scenario. Twin Mirror would have really benefited from being a little more fleshed out. And a little more originality, in terms of gameplay as well as scenario, would also not have hurt! 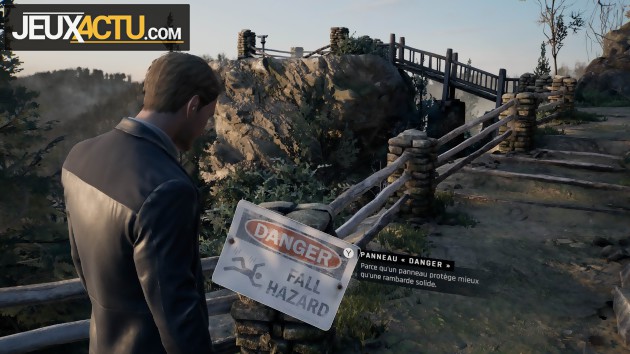