Krakow, 1999. Marianne is preparing to bury her adoptive father, under rather specific conditions. Not only did the deceased have a funeral home, above which the reduced family lived, but the heroine also happens to be a medium, able to communicate with the dead in order to help them find eternal rest. The setting is ideal to introduce the player to the spirit world, during a last family goodbye. But a few moments later Marianne receives a phone call from a mysterious character, who urges her to return to the Niwa station, a workers’ holiday center that has been closed since a real massacre took place there. End of the introductory sequence, make way for the credits made up of archive images in black and white! The air of nothing, these first minutes of play already give serious clues as to the success of the general atmosphere. We would even be tempted to speak of atmospheres in the plural because, as you will have understood, the adventure takes place both in the material world and the spiritual world. 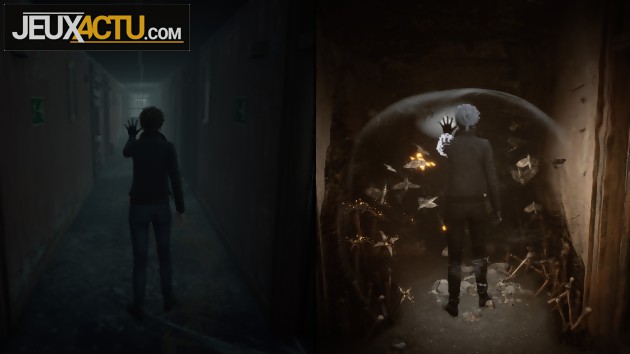 This two-headed context allows developers to score points on both planes. The atmosphere of post-Cold War Poland is believable, well documented, and reinforced by a judicious use of dull tones, usually gray or blue. The artistic direction of the spirit world is inspired by the Polish artist Zdzisław Beksiński. It favors ocher and red tones, and distills its horrific and fantastic character through settings made of disturbing faces, improbable tears, twilight vegetation but also tentacles, bones and other doors made of human skin. The contrast between the two worlds is reinforced by the use of “double reality”, a concept that the developers are so proud of that they patented it, as recalled in a discreet legal message at the launch of the game. [ 19459004]

This system derives from the capacity of Marianne to evolve in both worlds simultaneously. Concretely, this results in phases of the game displayed in split screen, horizontally or vertically depending on the case. The movements of the heroine initiated by the player are reflected in both planes, knowing that an obstacle in one of the worlds is enough to block the “two” Mariannes. Therefore, we are regularly required to clear a passage on one side in order to free the path on the other. Opening a door in the real world, for example, will remove a force field in the spiritual world. Conversely, overloading a generator with the help of a spiritual wave in the afterlife can restart an elevator in the material world. This concept of “split screen” is very interesting from a staging point of view. It reinforces the graphic aspect of the adventure, gives it a special character, and allows you to better understand what Marianne is going through. On the other hand, it really does not add much from a gameplay point of view, compared to a more classic system that would allow you to go from one dimension to another at will. 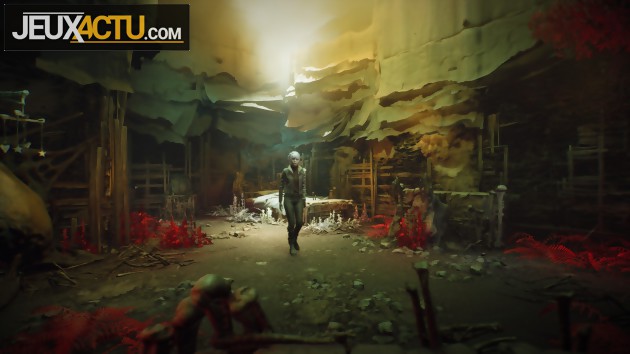 Moreover, according to the developers themselves, these dual-taste phases only represent a third of the time of game, the rest of the adventure taking place either in one shot or in the other, with sometimes the possibility of initiating back and forth between the two by crossing a mirror. Let it be said once and for all, this double reality is more of an asset in form than in substance! Fortunately, other game mechanics are available. Marianne can thus activate at any time a special vision, which allows her to distinguish certain hidden objects and mechanisms, or to follow ghostly traces. The player is also required to orient certain objects correctly in order to be able to feel their echo and thus trigger an audio memory. Same principle or almost for the memory points, which ask us to reconstruct silhouettes by correctly orienting the stick of the controller. 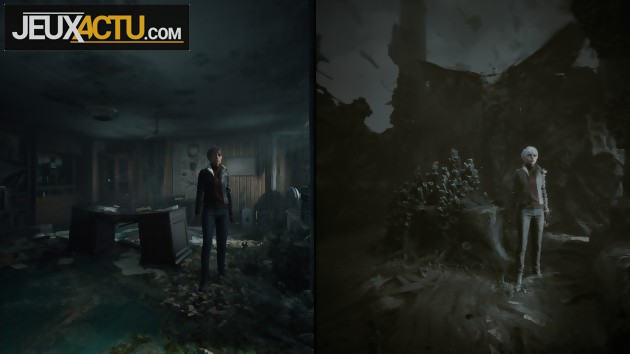 In the spiritual world it is also possible to trigger a shield to protect oneself from the clouds of evil butterflies or, as mentioned previously, to launch spiritual waves to activate certain mechanisms. In addition, during the double reality phases, Marianne can leave her body, in order to leave more freedom for the spiritual avatar, whose movements are no longer correlated with those of the real body, which therefore makes it possible to overcome certain obstacles independently. The game also offers us some basic infiltration phases, where we have to play hide and seek with a monster by crouching down and holding our breath. All these elements are welcome, but they ultimately form a very classic whole. As in many adventures, the player must find keys, get their hands on fuses, develop photos, guess a door code, turn valves and activate various mechanisms. As for the horrific atmosphere, it also turns out to be quite agreed (unhealthy atmosphere, guttural voices, gaunt monsters, a few jumpscares but not too much …), even if it does not lack efficiency. Over the course of the adventure we end up being much more interested in the unfolding of the scenario, which regularly grows, than in the gameplay which we have a little too quickly the impression of having been around . 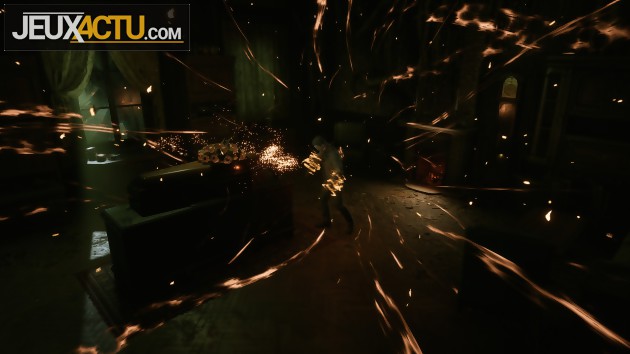 The game is carried by a very good original version, fully customizable French subtitles (size, thickness, background, display or not the name of the characters…), and modern graphics, which do not hesitate to use raytracing and HDR. On the other hand, some animations seem a little too rigid, whether in game or during cutscenes. Finally, the biggest technical problem with the game concerns the cameras. The Medium indeed uses a lot of old-fashioned semi-fixed shots, like Alone in the Dark or the first Resident Evil. With all the problems that this generates: cognitive dissonance between the player and the avatar who do not see the same thing, changes in the direction of the controls that disrupt the orientation when the camera suddenly switches from one shot to another, the feeling of not really controlling the action, etc. A modern third-person camera would have been significantly more immersive. Let’s end with a word on the lifespan: it is only eight hours, which is obviously too little, even if it is tempting to repeat the adventure a second time once we have all the keys. of the scenario in hand, in order to appreciate it differently. 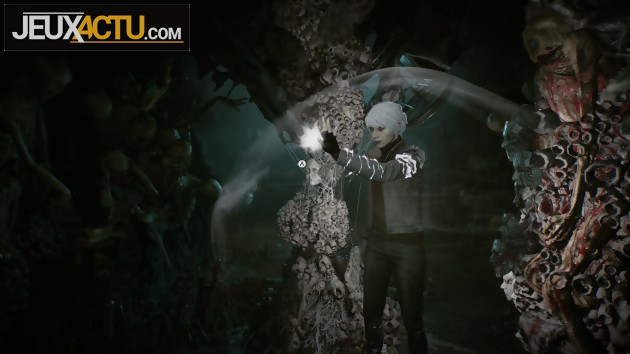