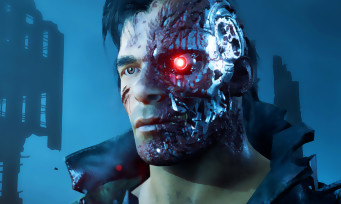 It’s been a year, to the day, that Terminator Resistance released on PC, PS4 and Xbox One and let’s be honest, the game didn’t really make a splash ( 11 / 20 in our columns ). Despite this critical failure, the developers of Reef Entertainment have not given up and have worked to offer us a PS5 version next year which will obviously benefit from the performance of the new Sony console to upgrade. This means the game will benefit from a 4K display and the sacrosanct 60fps, with an improvement in lighting, shadows, etc. Not to mention faster loading times and the arrival of new sensations thanks to DualSense and its haptic feedback + adaptive triggers. The release on PS5 of Terminator Resistance is expected for March 26, 2021 both in digital version and in physical purchase, that is to say in box.

Prepare for an upgrade 🦾

We’re pleased to announce that TERMINATOR: RESISTANCE – ENHANCED will be coming to PlayStation 5 on March 26th, 2021!

This version of the game will feature a range of graphical improvements as well as additional content, including… [1/6] pic.twitter.com/Fr4zywxRHK