The dream of being able to access the Internet, wherever you are, may come true sooner than you think. The Starlink satellite internet offer is preparing for its arrival in many countries, after having been deployed in public beta test in the United States. But how does this spatial internet work? What speeds to reach? When will it be available in France?

The revolutionary United States-based broadband satellite service, Starlink, has received approval from Arcep to operate in France. Arcep granted a frequency authorization, which was a necessary step before hoping to commercialize the offer in our regions.

Starlink is owned by billionaire entrepreneur Elon Musk and managed by his commercial aerospace company SpaceX, the project aims to deliver super high speed across the world using a network of thousands of satellites .

Why a satellite internet connection?

As you can see on the map below provided by Arcep, few households are still eligible for optical fiber in France. It is mainly dense areas that are preferred, the deployment being very expensive. In total, 40% of subscribers in France (Arcep) have very high-speed fixed internet access. The other subscribers are mainly connected by ADSL. 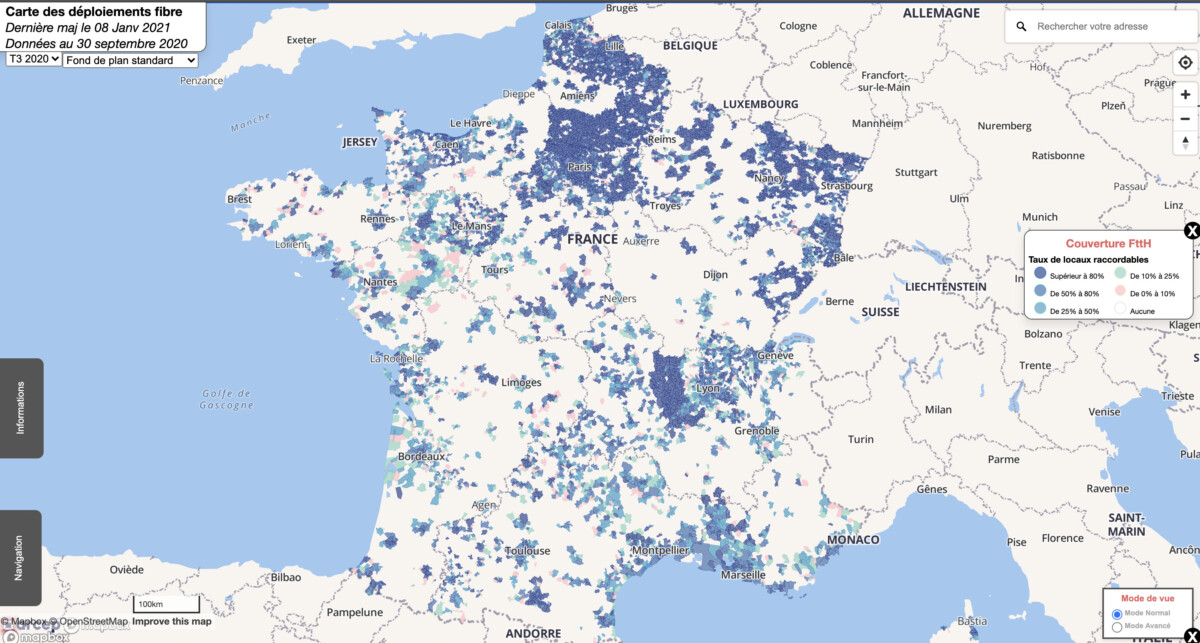 Current map of the deployment of optical fiber in France / Arcep

Theoretical eligibility for ADSL in France is very disparate. 59% of copper telephone lines allow ADSL access at more than 8 Mbps, 16% are eligible for access between 4 and 8 Mbps, 13% can access between 2 and 4 Mbps, and finally 12% have less than 2 Mbps. With the rise of sVOD and the increasing use of the internet in homes for leisure and work, ADSL is often insufficient. There are alternatives.

If the ADSL connection is not sufficient or if you are not connected to the telephone network, you have the choice between a cellular connection, 4G and 5G being interesting alternatives if you are close to an antenna, and the satellite connection. Less known, it is nevertheless available in many areas in France. This is the means chosen by SpaceX to deploy an internet offering around the world called Starlink.

Instead of connecting cables – be it copper or fiber optic – to every household, Elon Musk opted for satellite internet. The principle has already existed for a long time, these satellites orbit above us, generally at 35,700 km. It is high, at this distance there is usually significant latency in sending and receiving data.

By being closer to our planet with a massive network, Starlink’s satellites are believed to rapidly transport large amounts of information to any point on Earth, even over oceans and in extremely places. difficult to access where fiber optic cables would be expensive to lay. However, a lot of satellites are needed to make this network functional. 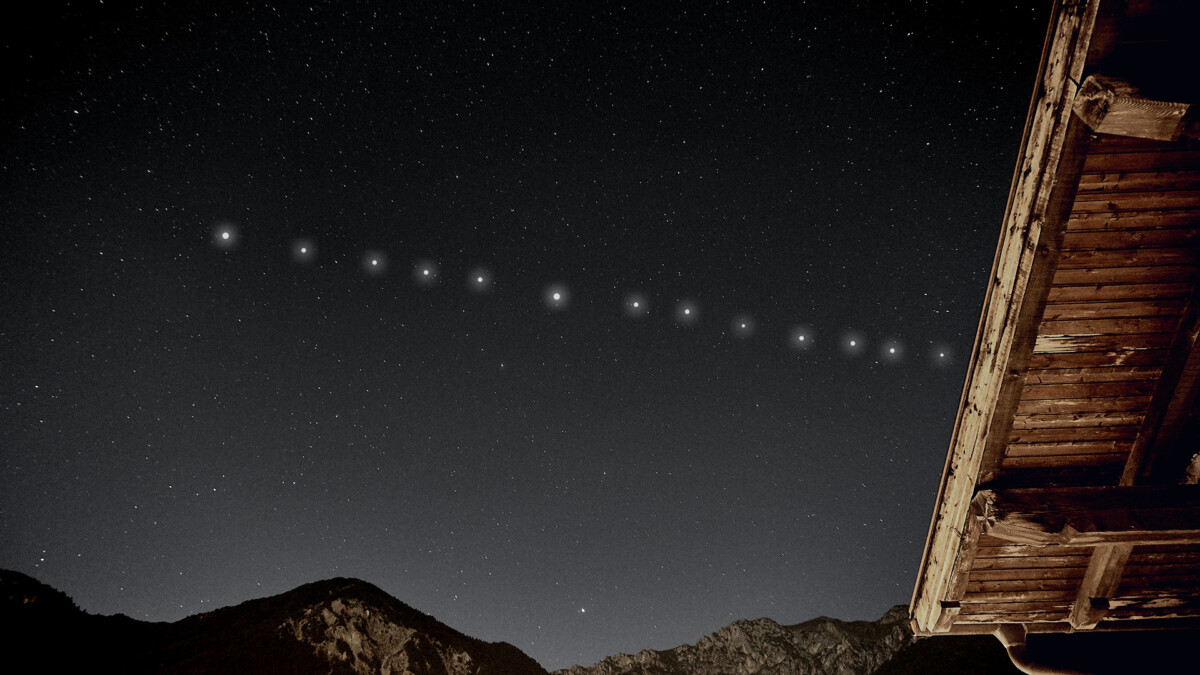 As of January 18, 2021, 1015 satellites have been deployed. The rate of deployment is about 60 satellites per month in 2020, this first phase of the deployment of the Starlink constellation concerns 1,584 satellites which must be placed in an orbit of 550 kilometers with an orbital inclination of 53 °.

Starlink has recently caused some controversy because its low orbiting satellites have interrupted photographs of comets, due to the fact that they orbit closer to Earth than other satellites, which is a cause for concern for astrophysicists.

How does Starlink work?

Each Starlink satellite weighs only 260 kilograms. They are very flat, allowing 60 to fit inside one of SpaceX’s Falcon 9 rockets. 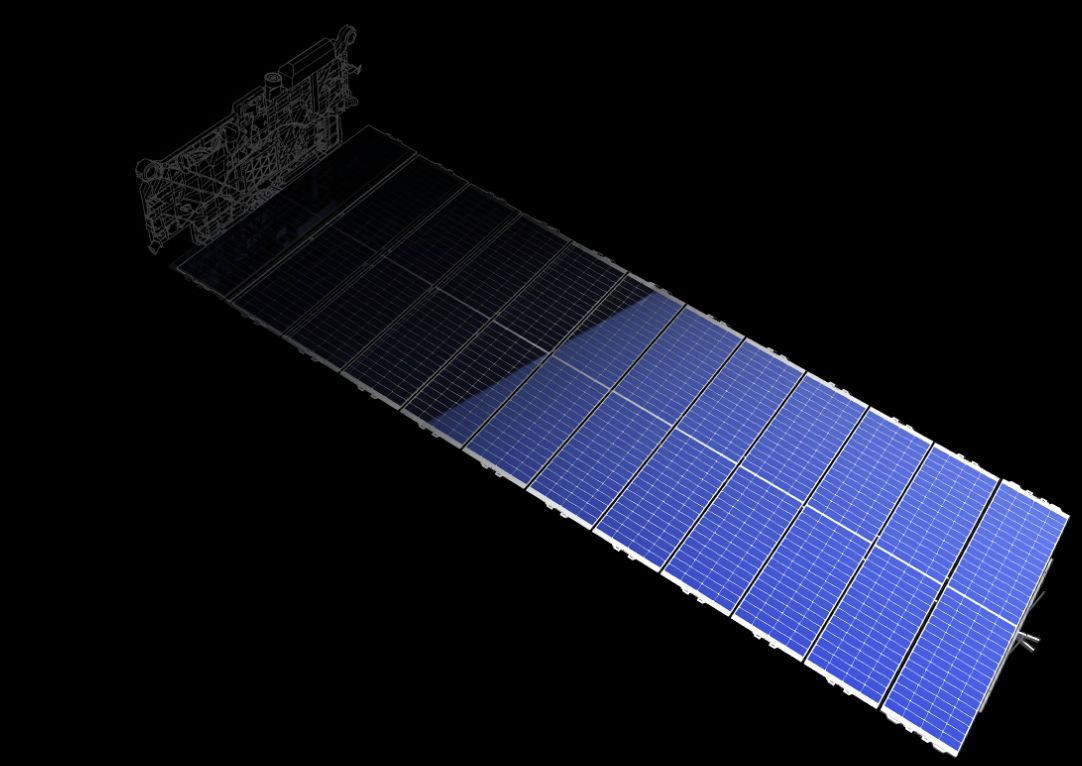 When they are put into orbit, only one large solar panel is needed to power the satellite. The main part includes four powerful antennas for Internet transmissions. They also have lasers that connect each satellite to four others in orbit. Finally, they include ion thrusters that use krypton gas. This allows them to stay in orbit longer even at a short distance from Earth.

The Federal Communications Commission (FCC) in the United States has authorized SpaceX to deploy 12,000 satellites and up to 30,000 eventually. To put this into perspective, only around 2,000 man-made satellites currently orbit the Earth and only 9,000 have ever been launched in the history of space exploration according to the United Nations Office for Outer Space Affairs.

The LeoLabs site allows viewing of SpaceX’s Starlink satellites through precise tracking of orbital data. As of February 20, 2021, 1,083 are thus referenced . This allowed SpaceX to launch a first beta phase of its Starlink offering.

To connect to this network, you need a Starlink kit : a satellite dish, a tripod to fix this antenna and a router for processing data and sharing the connection. This kit is sold for 500 dollars (about 415 dollars before tax), the subscription is 99 dollars per month then, or about 83 euros excluding tax per month. 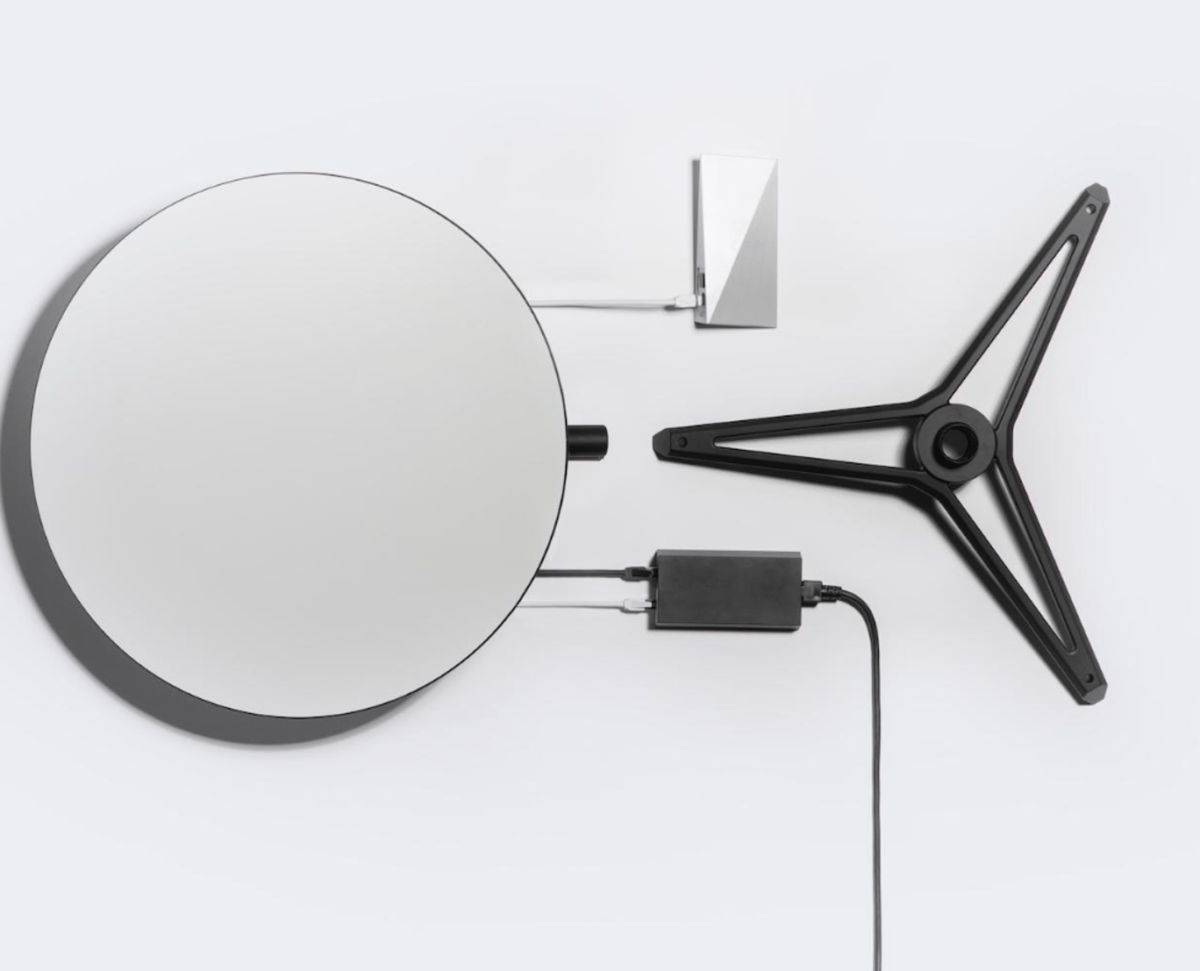 What flow rates? What latency?

SpaceX Starlink satellites are in low orbit, about 350 miles above Earth. Because of this relatively short distance, SpaceX says the latency should be between 25ms and 35ms. This should be fast enough for most Internet tasks, including online gaming. Download speeds should also be quite fast, at around 1 Gbps, perfect for streaming 4K UHD content and even using cloud computing services. However, SpaceX has yet to confirm the download speeds that can be achieved when the service exits beta testing.

With the current network and during the public beta phase, Starlink communicates on rates between 50 Mbps to 150 Mbps and a latency between 20 ms to 40 ms. The first tests confirm these performances, it is thus possible to play online under correct conditions. Ookla in charge of the tool Speedtest.net has carried out numerous speed tests, some users have already been able to go beyond 150 Mbps in downstream speed. 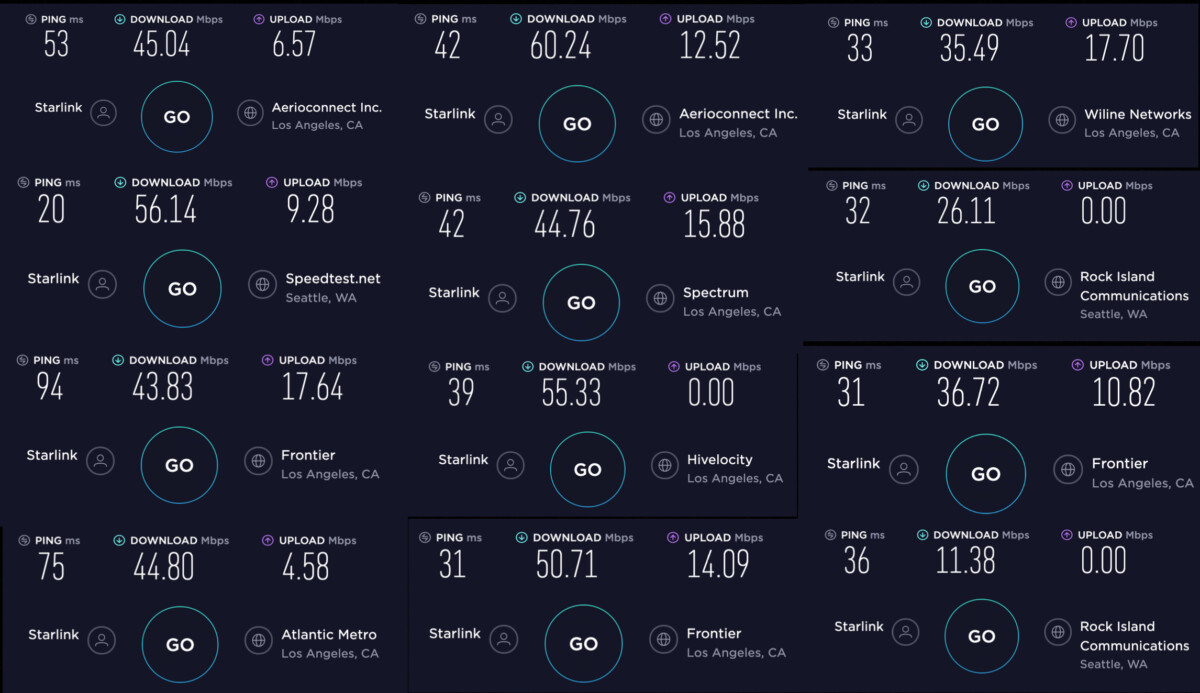 We are therefore still a long way from the theoretical speed of 1 Gbps, nevertheless Starlink is clearly an alternative to xDSL connections, not to mention obviously gray areas which are not even served by ADSL or 4G.

When does this happen in France?

On February 18, 2021, the Telecoms Regulatory Authority (Arcep) published its “license to operate frequencies linked to user terminals”, the small dishes that will be part of the Starlink subscriber kit. Arcep is the frequency policeman in France. As a reminder, these frequencies alongside frequencies for TV and fixed satellite, for 5G, aeronautical mobile, among others.

It’s not enough, Starlink also needs repeater stations with domes and large antennas. For the moment, 3 have been authorized in France in Villenave d´Ornon (Gironde), Gravelines (North) and Saint-Senier-de-Beuvron (Manche). But the deployment of Starlink in France will not be a piece of cake, the mayor of Saint-Senier-de-Beuvron (350 inhabitants) is opposed to it for the moment as a precautionary principle.

We will therefore have to wait a few more months in France, we do not know the schedule provided by Starlink. In the United States, the first customers have activated their connection. Starlink estimates that in the US alone, there are over 700,000 people who have expressed interest in a satellite offering – which is still in a beta test phase . 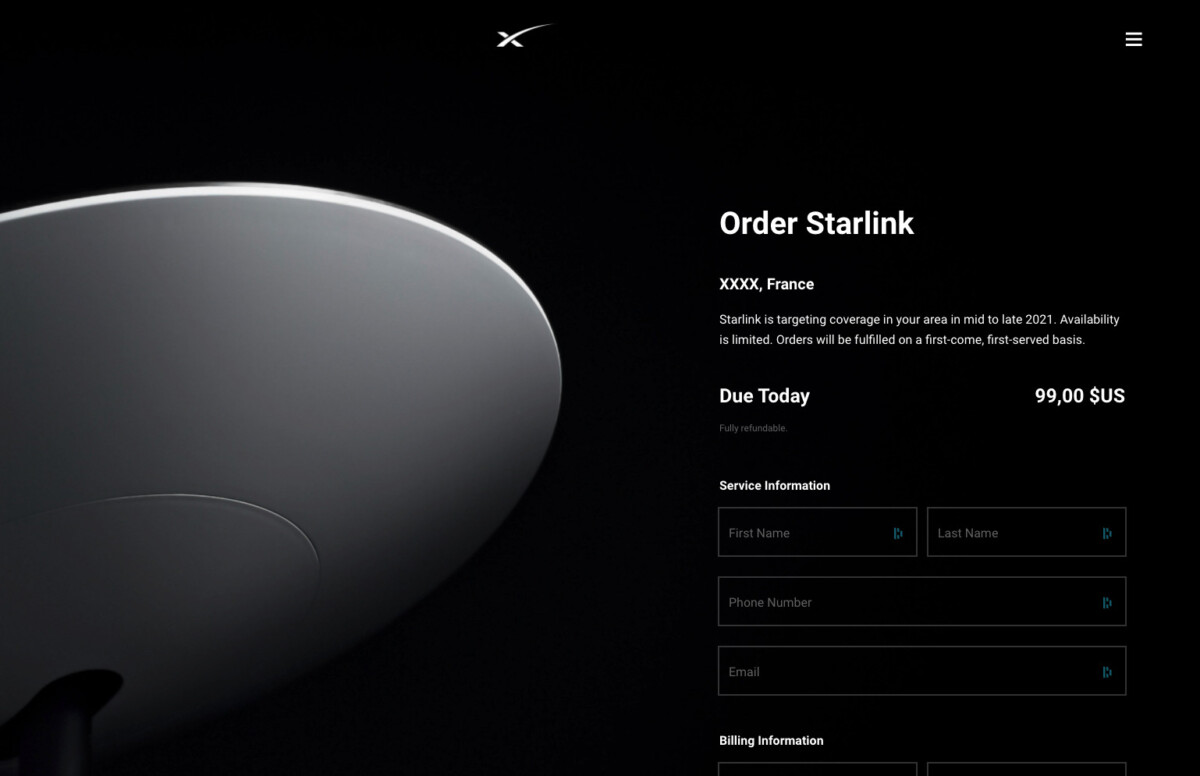 Pre-registrations are available in France

If you are interested, Starlink offers pre-registration for the French offer with a deposit of 99 euros, refundable at any time on request. If all goes well, you will receive your kit and you can connect to the Starlink network from the second half of 2021.

What are the alternatives in France?

The satellite internet connection is nothing new, several offers are already available. Nordnet’s neosat offer, for example, offers a connection of up to 100 Mbps for 40 to 60 euros / month. However, what these offers hide is generally the issuance of data quotas, generally per month, as well as prioritized time slots. You will thus have many offers, such as Tooway, IPEasy, Vivéole, Ozone, Alsatis, skyDSL… these offers use two satellite networks.

The Eutelsat network has about thirty satellites operating in a geostationary transfer orbit. They are very large satellites of several thousand kilograms, between 4000 and 5000 kilograms. The Astra network is also made up of around ten satellites, like Eutelsat these are satellites used mainly for broadcasting TV channels.