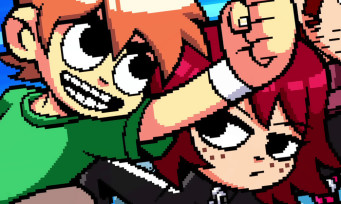 Players will be able to choose from three different limited editions:

The Standard Edition ($ 34.99) : Includes a reversible jacket with new artwork from artist Mariel Cartwright, who worked on the original game, and Bryan Lee O’Malley, creator of the Scott Pilgrim comic book series, a “Leo’s Place” ticket stub as well as an instruction booklet in color.

The Classic Edition ($ 54.99) : includes the standard version of the game, a retro deluxe box, a CD with the original game soundtrack composed by Anamanaguchi, a map of the game world as well as a sticker sheet.

The KO Edition ($ 139.99) : Includes the Classic Edition, “Sex Bob-omb” guitar picks, drum sticks, tape with tape – original game sound, a set of seven deluxe glossy collectible cards, plus a book written by Jeremy Parish. The various items of the K.O. Edition will be delivered in an authentic roadie case which, when opened, will reveal a 3D pop-up scene with light and sound effects.