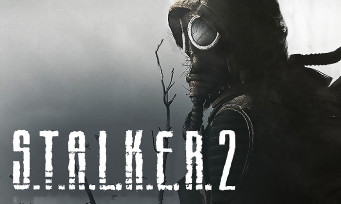 The beautiful Arlésienne that was S.T.A.L.K.E.R. 2 ( it was announced for a release in 2012, we remind you ) is definitely taking shape with a brand new teaser that our colleagues from IGN have published exclusively (temporary) on their YouTube channel. A video available in 4K format which allows us to dream about the rendering promised by the developers of GSC Game World, since it is still specified that it is an in-engine video, that is to say that uses the engine of the game, but the result may not be (probably even) not as convincing once the game is released. It must be said that we must try to keep reason, to take a step back because the broken promises, we have seen what it has given on other titles. In the meantime, know that this teaser succeeds in plunging us into a disturbing atmosphere of finding ourselves among the rubble of an abandoned building. The campfire, so dear to the series, will alert fans, while the multitude of details in the environments promise a game with promising graphics. And when we see that debris then begins to levitate, we can imagine an even more sci-fi side to this franchise which will try to come back strongly to the front of the stage.

As a reminder, S.T.A.L.K.E.R. 2 will be released on PC and Xbox Series X | S exclusively (temporary) and will be available in Xbox Game Pass upon launch. Microsoft is indeed giving itself the means to switch the hype on its side now. You can find the first announcement trailer right here .