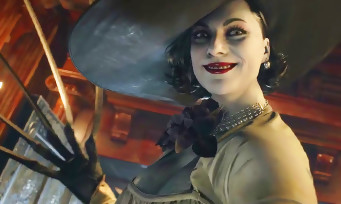 Quite verbose in recent weeks, Resident Evil 8 Village has made its mark on the news several times. There was the release date of the game to begin with, set for May 7, the demo playable on PS5, then the black notebook around Jeanette Maus , the actress who plays the daughters of Dame Lady Dimitrescu. Today, the title of Capcom is once again the center of attention since a user decided to post the end of the game on YouTube. Yes, it is nothing more or less than the last boss fight, which not only reveals its identity, but also its origins. We strongly advise you not to take a look at the video, but if you decide to do so, it’s in your heart and conscience. The spoiler is indeed major and risks ruining the surprise when the game arrives on PC and consoles. It is recalled that in November 2020, Capcom had been the victim of a cyber-attack by the Ragnar Locker group , which had been able to recover numerous internal documents. A ransom of $ 11 million was demanded from the Japanese publisher to ensure that no content from any games coming in 2021 ends up on the Internets. Capcom has always refused to pay and it looks like the Resident Evil 8 Village ending video is the first retaliatory message from this bunch of thugs.