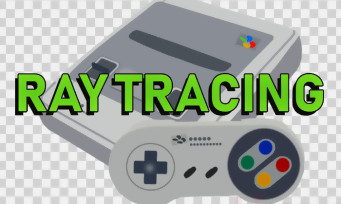 It has been over 2 years since the terms Ray-Tracing and RTX entered the vocabulary of any discerning gamer. If the technology has existed in the cinema for a long time (especially at Pixar which has used it extensively for more than 10 years), it was not until 2018, with the emergence of Turing graphics cards at Nvidia (the famous GeForce RTX) that video games have fallen in love with this techno which allows objects to be reflected in real time. Of course, you have to be equipped with dedicated graphics cards for this to be possible, knowing that it costs a certain price and above all a maximum of resources. Well, know that a developer by the name of Ben Carter has just tweaked this misconception by simply adding ray-tracing on Super Nintendo games. No joke.

The result, inevitably impressive, is visible on YouTube through a demo called “SuperRT” where we can see that he has really added reflections in real time on a demo using graphics from the days of Nintendo’s 16-bit. How could Ben Carter achieve this feat? This former developer who worked for games like FIFA or the 3DS port of StarFox64 needed to build an external system that he integrated into the old Super NES game cartridges to obtain the same rendering as those found on the titles next gen. He explains that the computational work is carried out by three cores running in parallel on the FPGA DE10 (this is a programmable chip that can reproduce the operation of the architecture of an old console), knowing that each core is clocked at 50 Mhz. 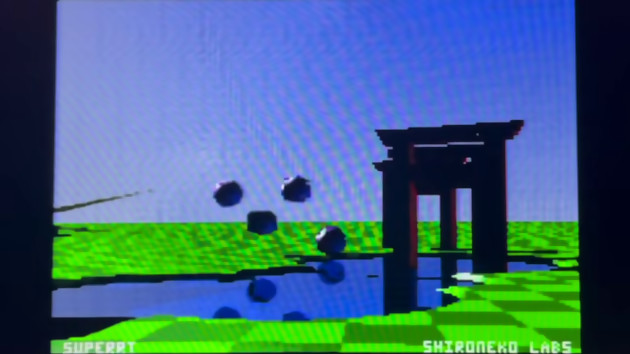 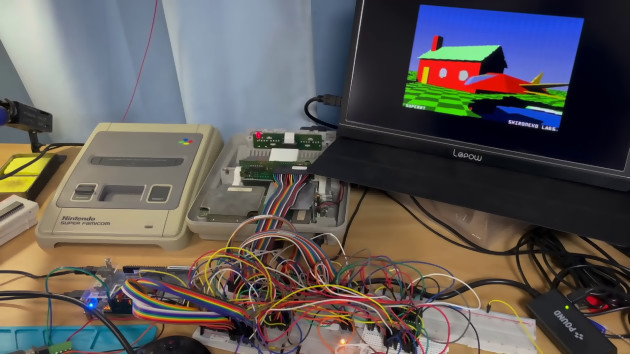 History that the rendering conforms to what we could have found in the 90s, Ben Carter added some constraints, such as limiting the use of a single chip for design, without using the ARM core available on the DE10 board or any other external processing resource. Obviously, some would say that he cheats by using an external module, and that the architecture of the Super NES should have been completely redesigned. Certainly, but nothing prevents to say that at the time, we could have marketed an additional accessory to allow the activation of Ray-Tracing on Super Nintendo games. In any case, the result is stunning and deserves to be shared. 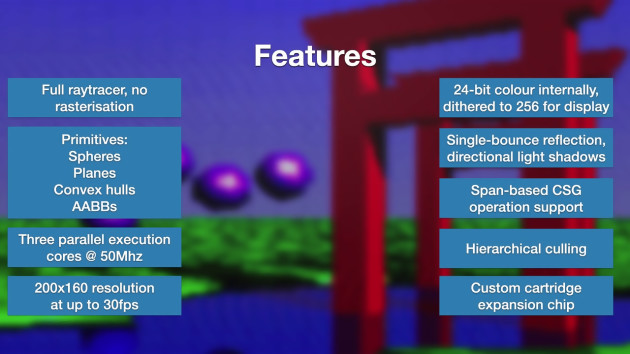