AMD announced a new graphics card based on the RDNA 2 architecture. The Radeon RX 6700 XT is more accessible, and targets QHD screens. 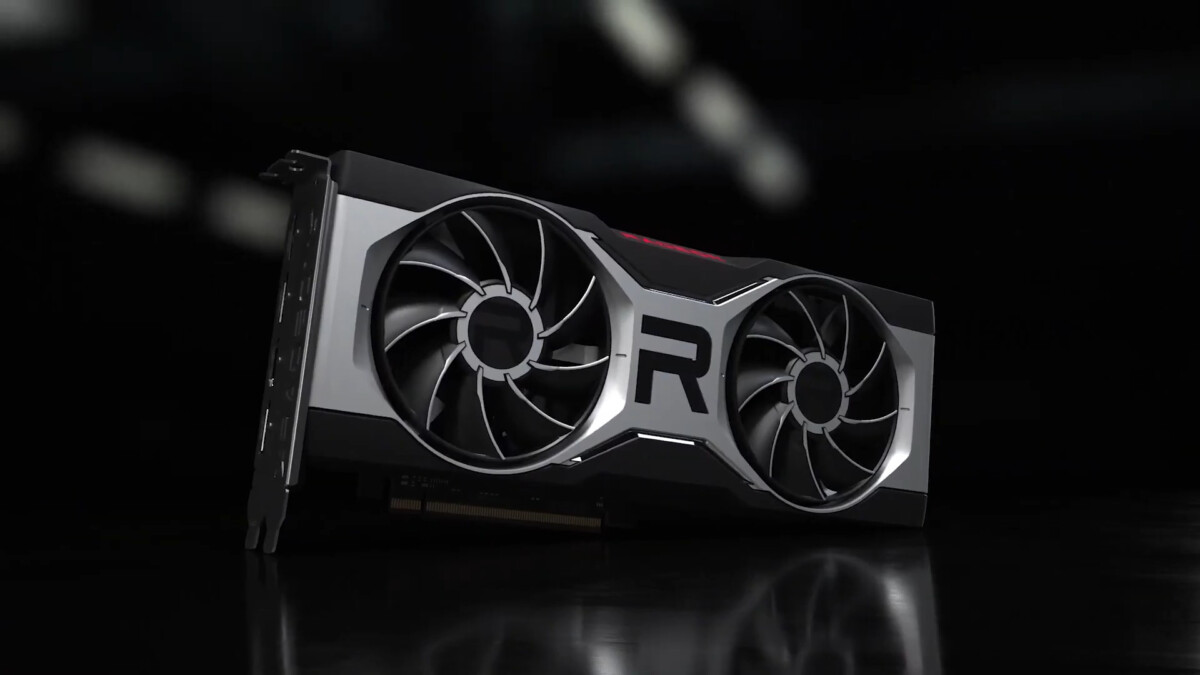 Despite the shortage issues , AMD continues to chart its course and expand its line of graphics cards to compete with Nvidia’s GeForce RTX 3000s. Following the Radeon RX 6800 and 6900 series, AMD today introduces the Radeon RX 6700 XT.

The Radeon RX 6700 XT is based on the RDNA 2 architecture , the latest offered by AMD. It integrates 40 Compute Units clocked at 2424 MHz in game mode. AMD adds 12 GB of GDDR6

The graphics card also incorporates three DisplayPort 1.4 ports and an HDMI 2.1 port, advertised as capable of handling 4K at 120Hz or 8K at 60Hz. That’s for display, but power calculation of the card will limit it to games rather in Full HD or QHD, 2560 x 1440 pixels. This is an increasingly popular definition among PC gamers . 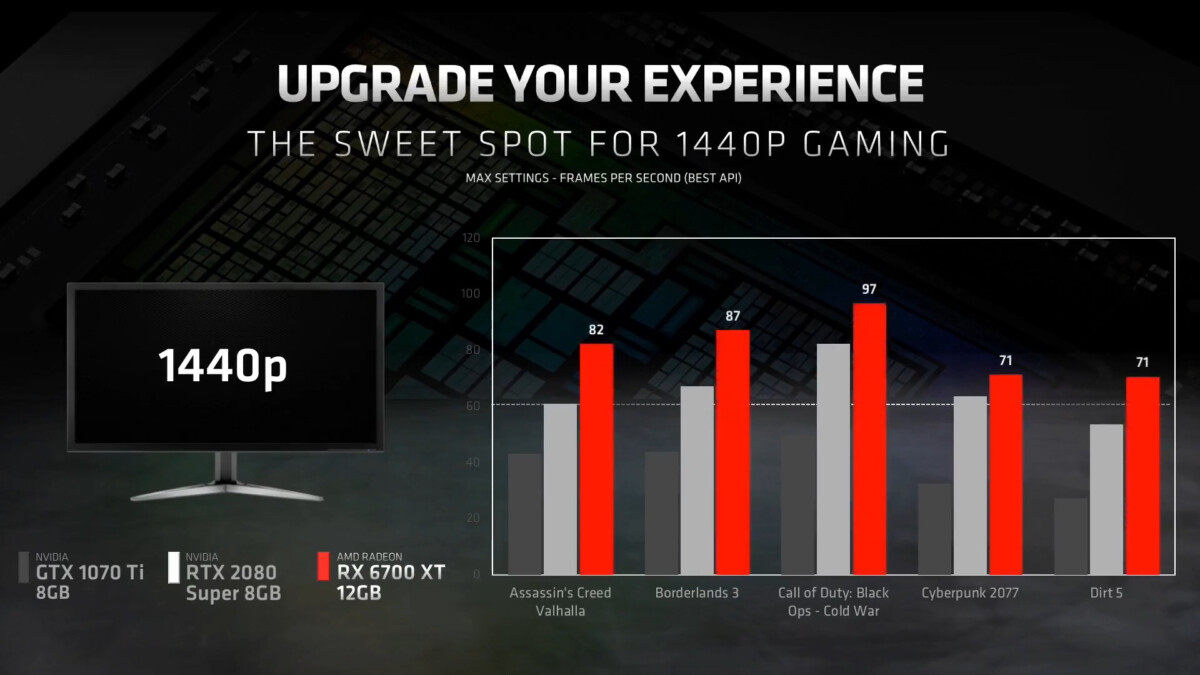 AMD announces that it is able to compete with the GeForce RTX 2080 Super to exceed the 60 FPS mark in QHD on the most popular games. All this will of course be tested.

The brand announces that the Radeon RX 6700 XT will be launched on March 18 all over the world, both for graphics cards sold under its brand and for those of its partners. The list price is $ 479. 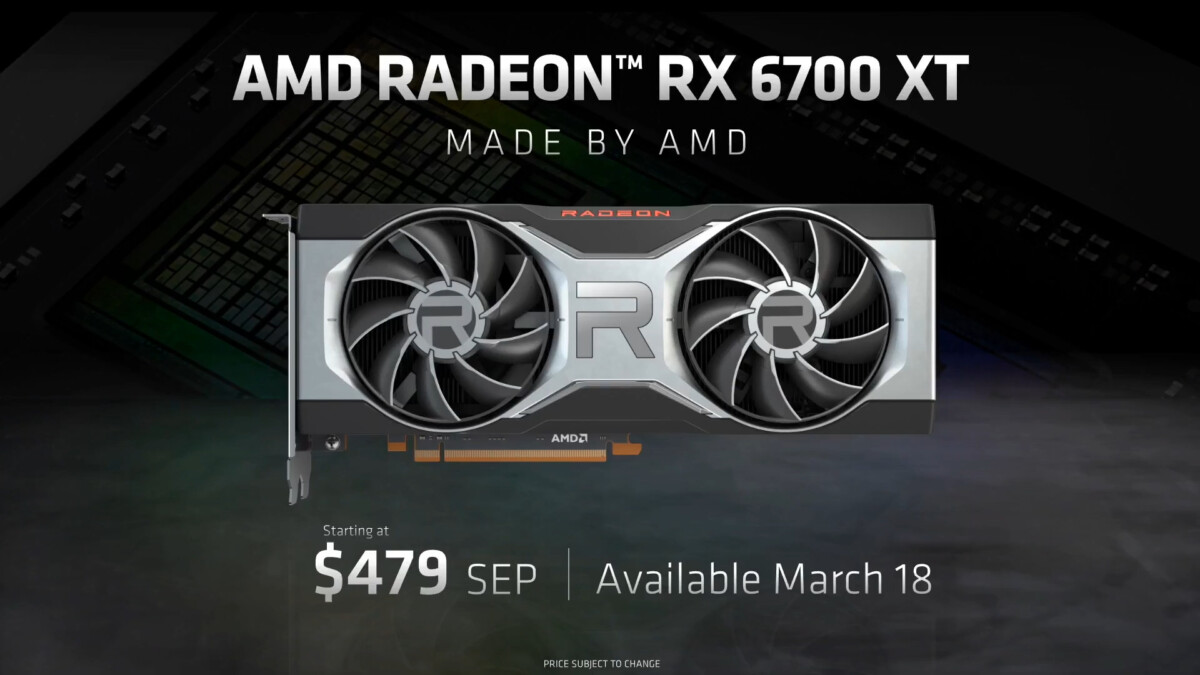 AMD itself admits, the shortage is still there , and it might be very difficult to order this new card, especially at this recommended price. Unfortunately, prices charged by traders should be expected to rise.