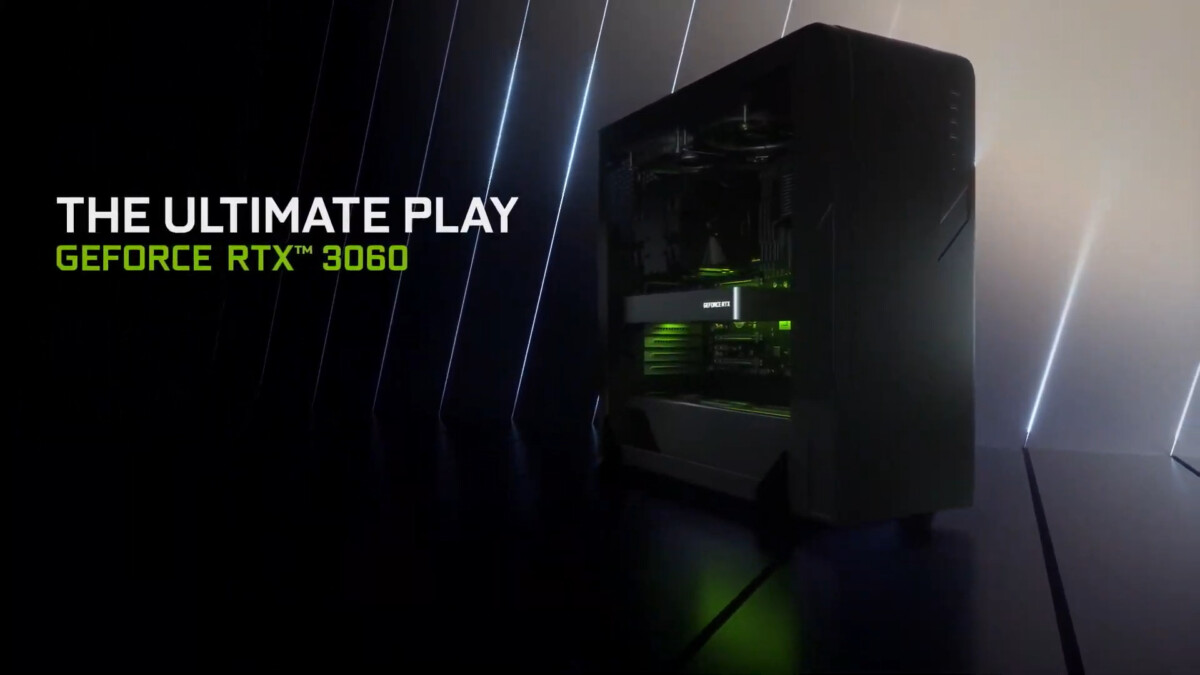 Nvidia began its CES 2021 conference by unveiling a new graphics card for desktop PCs and partnerships.

Nvidia announced that 36 video games are now benefiting from a partnership between Nvidia and the developers to offer ray tracing , DLSS, or both.

Regarding AI upscaling technology, Call of Duty Warzone should soon include DLSS support to improve performance. So will be Outriders, a new title from People Can Fly and Square Enix.

Still on the partnership issue, Nvidia announced that Overwatch will soon be compatible with Nvidia Reflex, a technology that reduces latency on G-Sync displays.

GeForce RTX 3060: a new card with ray tracing and DLSS, but more accessible

Nvidia unveiled the GeForce RTX 3060 to complete its line of graphics cards for desktop PCs. It promises to double the raw power in rasterization, computation without ray tracing, compared to the GTX 1060 which it intends to replace ideally. 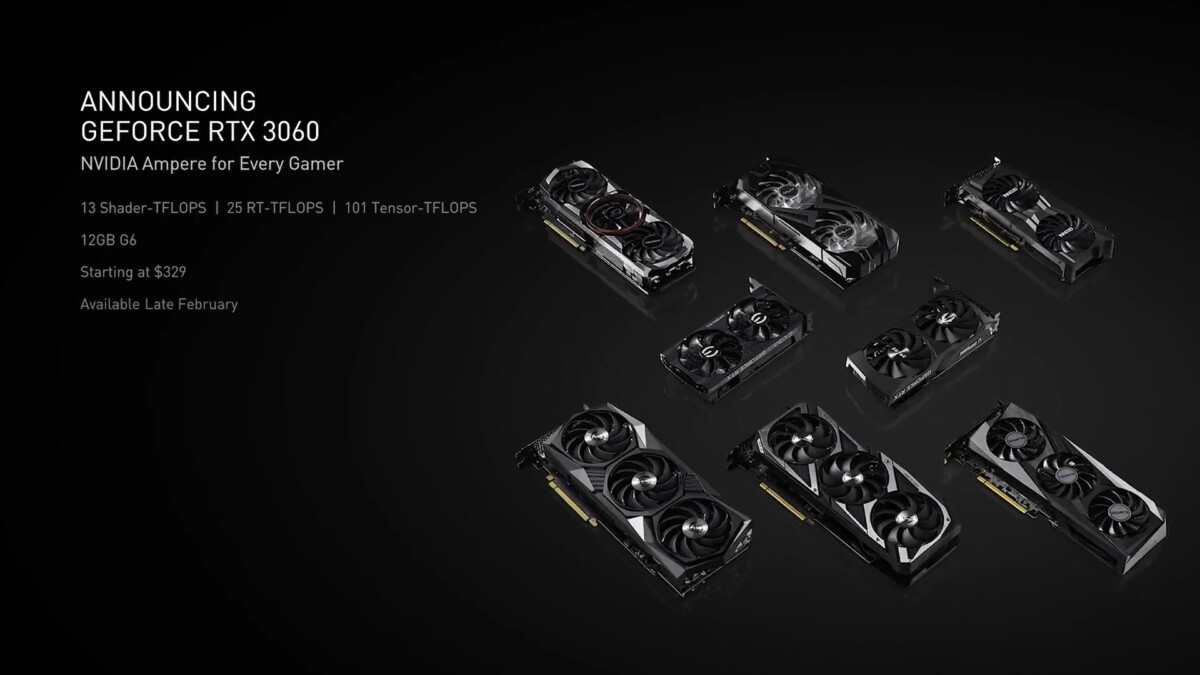 In addition to this raw power, allowed by the 13 TFlops of raw power, Nvidia announces that the card offers 25 RT-TFlops, and 101 Tensor-TFLOPS according to its own measures. It also integrates 12 GB of GDDR6 as video memory.

The GeForce RTX 3060 will be available from the end of February for an advertised price of $ 329. It remains to be seen whether Nvidia will be able to produce it in sufficient quantity to keep up with demand.