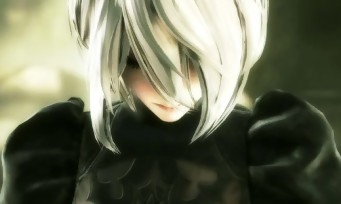 Released in March 2017 on PC and PS4, NieR Automata is the result of the collaboration between Square Enix and PlatinumGames which can now release cigars, champagne and party favors to celebrate 5 million units sold to date. A performance that we owe in the long term since the title continues to sell well three years after its release. Indeed, the one million copies sold was crossed in April 2017, that is to say one month after its release, then the 2 million in September of the same year. It was not until June 2018 that the milestone of 3 million copies was reached, 3.5 million in December 2018 then 4 million in May 2019. In March 2020, Nier’s Twitter account revealed that the 4.5 million had been reached and since the December 24, it is the threshold of 5 million that thrills its creators and fans around the world.

But the success of NieR Automata is undoubtedly greater since the game is also available on Xbox One since June 2018, while it can be enjoyed on Xbox Game Pass (only for console) since April 2020. Square Enix takes the opportunity to recall that the mobile game NieR Re [in] carnation will be released on February 18, 2021 in Japan and should offer links with the episode NieR Automata. As for the NieR Replicant remake, it will arrive on April 23, 2021 for PC, PS4 and Xbox One.