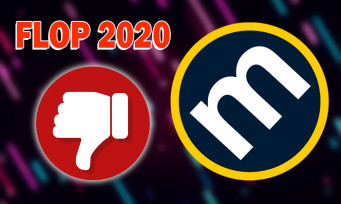 A few days after revealing to us the ranking of the best rated games in 2020 on its platform , Metacritic offers us this time the Flop 10 of titles that have been roughed up this year at the rating level. If the first place is occupied by Tiny Racer, a racing game produced by an independent studio having collected the average of 29%, the second position is however occupied by a game well known to French players. It is indeed the remake of XIII that Microïds has recovered from the hands of Ubisoft after long years of negotiations. Result, a game with questionable finishes with a number of bugs that obviously recall the Cyberpunk 2077 affair. We were talking about it last November 13 in one of our 5 News & Rumors per day.

For the rest of this Flop 10, few known games, but we will note all the same Fast & Furious Crossroads in fourth position with 34% and The The Elder Scrolls Blades on Nintendo Switch with 42%.