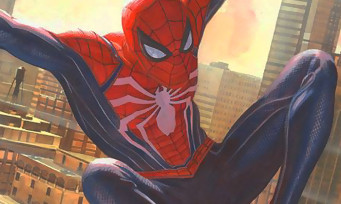 It was written in black and white at the time of the announcement, but it looks like things are changing. Indeed, the remastered version of Marvel’s Spider-Man, which was initially reserved only for the purchase of the Ultimate Edition of Marvel’s Spider-Man Miles Morales (and which allowed Sony Interactive Entertainment to justify the price of 79.99 €), could well arrive at the unit within a few weeks. It was the PlayStation Store that made the ball this weekend by showing the page Marvel’s Spider-Man Remastered with even a single price of 39.99 €; as much to tell you that there is little doubt as to the intentions of the publisher who wish to maximize profits and please all those who did not wish to buy the full version of the game on PS5.

In order to obtain other details on this change, our Spanish colleagues from 3DJuegos contacted Sony who justified this ball by playing the argument of a bug related to the PlayStation Store. We will obviously wait for an official announcement before moving forward, but there is still a good chance that Sony will do damage control in the face of this unexpected leak. We obviously keep you informed of the progress of this case.