The hero of this second part is named Mono, but do not count on the game to inform you of this detail since we are once again dealing with an adventure devoid of texts and dialogues. What could be seen as a flaw elsewhere is rather a strength here, as this minimalism unquestionably serves the mood, scary and dark. The artistic direction is expressed through a grainy image, a limited color palette and rare lighting, so as to never leave the player a moment of hope. The soundtrack echoes these judicious aesthetic choices, since it mixes disturbing sound effects, guttural grunts and simple but heady musical themes. As much to say it from the outset, everything which concerns the atmosphere is frank success. 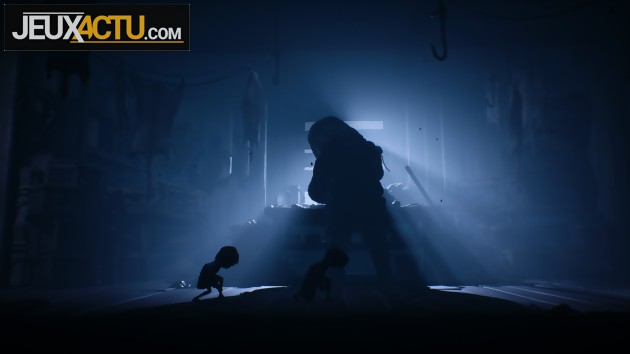 As creepy as you want, the universe opposes children literally as tall as three apples against giant and monstrous adults, who will not fail to devour them at the slightest opportunity. If we find there one of the characteristics of the first episode, the developers still wanted to broaden the spectrum of the second in terms of environments. While the initial adventure took place in a unique place (a gigantic boat), today we are entitled to five different sets, which correspond to as many chapters. The first places us in a disturbing forest overflowing with traps and ends up making us meet a terrifying hunter, whose appearance rather evokes that of a serial killer. The second segment of the game takes place in a school, and the main antagonist then takes the form of a school teacher who is as severe as she is terrifying. Then comes the time to visit a hospital, obviously psychiatric, where you have to play hide and seek with a man in a straitjacket. The fourth chapter pits us against the inhabitants of buildings obsessed with their television as well as a mysterious lanky man. As for the grand finale, we won’t tell you anything about it so as not to spoil the surprise. Just know that it turns out to be relatively unexpected and extremely pleasant (while remaining sinister at will, of course). 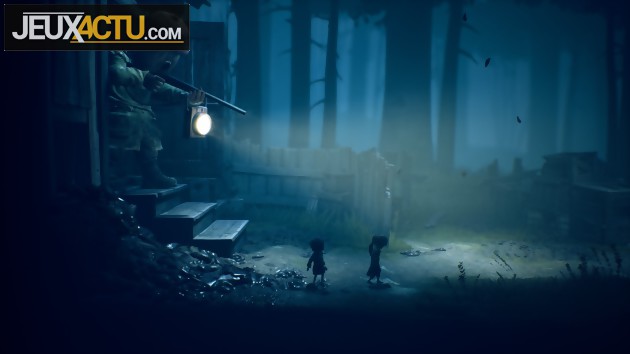 We therefore see many more countries than in the first part, the passage from one place to another being generally the occasion of some small enigmas or sequences of platforms taking place outside, under a magnificent driving rain. This is obviously a quality, but this is not the only interesting novelty. Most of the time, the Mono we control teams up with Six, the heroine in the yellow oilskin of the original adventure. The latter is autonomous, but its movements and actions are never a problem. This is because AI scripts always do their job well. The little girl always hides when necessary, automatically helps us to activate certain mechanisms, places herself in places where she can make us the short ladder, and never betrays our presence with the monstrous adults. This perfection does not make it too artificial, the developers having thought of a few details intended to humanize it. Thus, Mono can take her hand at any time to walk side by side, while she will not hesitate to protect her eyes if we direct our flashlight in her direction. This light tool, which is used mainly in the hospital, is also part of the small gameplay novelties, like the remote control, which is devoted to the fourth chapter and allows to activate televisions. 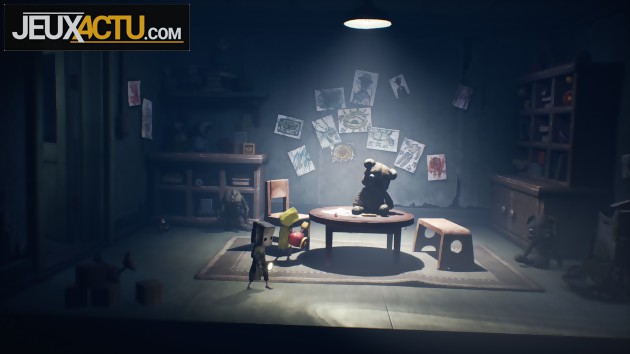 If the heart of the gameplay is divided between platforms, games of hide and seek with gigantic adults, and small puzzles (with a predilection for the latter), the developers have nevertheless chosen to integrate a few moments that are a little more action-oriented. Two or three chases are therefore on the menu, as well as a few fights where our young hero must find the right timing to bring down a hammer on his enemies. This diversifies the action a bit, but expect to repeat it several times each time because the controls lack precision. This flaw inherited from the first episode goes hand in hand with a certain difficulty in judging depth effects, which will surely cause you more than once to inadvertently fall into the void or get caught by an enemy. This is not the only flaw of the game which, if it has the merit of offering a lifespan twice as long as the first part, still leaves a taste of too little since it leads us to have the end of story after only six hours. To make the adventure as profitable as possible, it is still possible to find two types of “collectables” in the decorations: hats that Mono can wear at any time, and ghostly figures of children. Finally, the work of the Swedes from Tarsier Studios suffers once again from too much proximity to Inside (which is developed by the Danes of Playdead), whether in terms of universe, artistic direction, atmosphere. or gameplay. The start of the game, which places Mono in a forest, is irrefutable proof of this. However, Little Nightmare II has really progressed since the first episode and has won us over much more than its predecessor. Players who had already been enthusiastic in 2017 can therefore approach the new adventure with confidence! 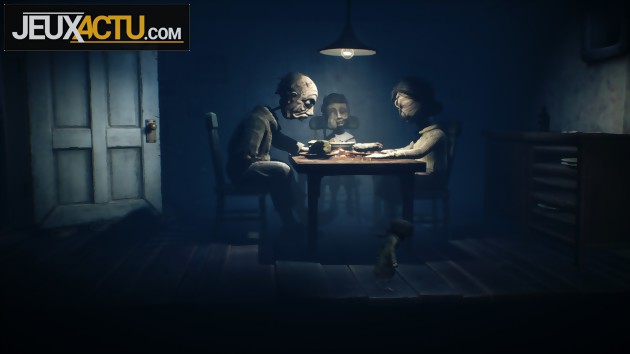