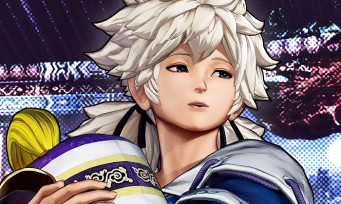 It is 5am in France, but noon in Japan when SNK decided to publish the new trailer for The King of Fighters XV (KOF 15) dedicated this time to Meitenkun , Shun’Ei’s partner who got his trailer focus last week. The opportunity to come back to the origins of Meitenkun, another character of Chinese origin who was also trained by Tung Fu Rue. If he does not look like that, with his barely awake look and the fact that he carries a pillow with him, know that he is quite unpredictable, especially since he draws his art from man drunk. It is also considered to be Tung Fu Rue’s secret weapon. Note that it is always the actress Seira Ryu, who will take care of her voice, she that we have already heard in the character of Wu-Ruixiang in the last Samurai Shodown. It only remains to wait for the reveal (pro week) of Tung Fu Rue so that the China Team is complete. There you have it, you know everything!