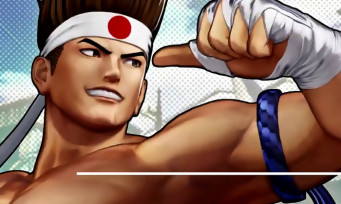 SNK is regulated like a Swiss watchmaker. Indeed, like every Thursday at 3am, a new trailer for The King of Fighters XV appears on YouTube to present a new character from the roster. After the Hero Team and Iori Yagami last week, it’s Joe Higashi’s turn to demonstrate his special moves and signature moves, all carried by his now original musical theme, that is, say that of Fatal Fury 2. A mixture of traditional Thai sounds, guttural cries and percussions, the music literally transports us to South-East Asia. All that is missing is its original decor, near a stream where crocodiles bathe. At the level of the command list, Joe Higaishi seems to have recovered all of his classic attacks, sometimes improved, while the furies always amaze them. One waits to judge with its vortied