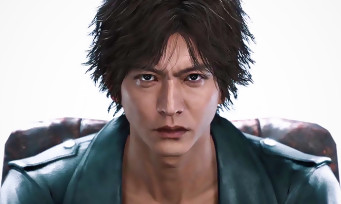 Until now reserved for the PS4 market, Judgment (or Judge Eyes for its original title) will finally make a foray into other platforms. SEGA has just announced the arrival of the game on PS5, Xbox Series X | S and also Stadia with of course some notable improvements. In the trailer that accompanies the announcement, we learn a more advanced visual rendering, a framerate at 60fps, reduced loading times and the presence of all the DLC. Everything will arrive on April 23 at a price of € 39.99, knowing that the PS5 and Xbox Series X | S editions will benefit from a physical release. Spin-off of the Yakuza series, from which it took a lot of assets and all its gameplay, Judgment told us the story of Takayuki Yagami, a young lawyer who turned into a detective at night in the streets of Kamurocho.