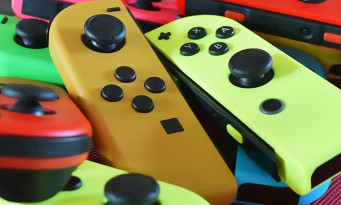 The Joy-Con Drift affair has dragged on for several years. Despite the complaints filed by the UFC-Que Choisir association and the few interventions by the managers of Nintendo France to ensure that the concern is taken very seriously internally, the concerns continue to persist. Also, to shake things up and defend consumers from a programmed obsolescence of Nintendo Switch controllers, UFC-Que Choisir has decided to go further in the battle by allying with the European Bureau of Consumers’ Unions ( BEUC) so that Nintendo finally takes its responsibilities. It must be said that with more than 25,000 complaints registered in different countries (France, Belgium, Netherlands, Portugal, Italy, Greece, Norway, Slovakia and Slovenia), and 88% of players having encountered this same technical problem in the first 2 years of using the Joy-Con, Nintendo can no longer really be ostrich. We remember that the last intervention of Nintendo France made it possible to launch a free repair procedure, but this maneuver which saves time on the real problem tends to prove that the Japanese firm obviously does not wish to resolve the problem at the source. . UFC-Que Choisir reminds users not to hesitate to contact them in order to request a free repair from Nintendo.