After a half-hearted “Absolution” episode, the Hitman series found the near-perfect recipe with the 2016 reboot: extremely vast levels, varied environments, and multiple ways to Agent 47 to achieve his ends, infiltration obviously remaining the royal road. Hitman 2 confirmed the success in 2018, and it is now Hitman 3’s turn to conclude the trilogy in style. This is in any case what we are perfectly entitled to hope given the quality of the first two missions of the game.

As you can see, the preview version made available to us by IO Interactive gives us access for the moment to the first two destinations of the adventure. But also at all levels of Hitman and Hitman 2, and for good reason! As was the case during the passage to the second episode, certain graphics or gameplay improvements are applied retroactively to the previous sections. Not only is the trilogy aspect reinforced, but the players thus have an additional reason to dive back into past missions. Among the new features brought by this third opus are better management of brightness and atmospheric effects, as well as the presence of a camera. The latter allows for example to scan electronic devices to unlock passages, or to observe a corpse in order to obtain more information on the circumstances of its death. These are the two major interactions that we have been able to observe for the moment, but this tool also has a more generic use since apart from the scripted use, it also gives access to a small photo mode. You manage the zoom, depth of field and “insta” filters, from Hitman’s first mission to Hitman 3’s last! 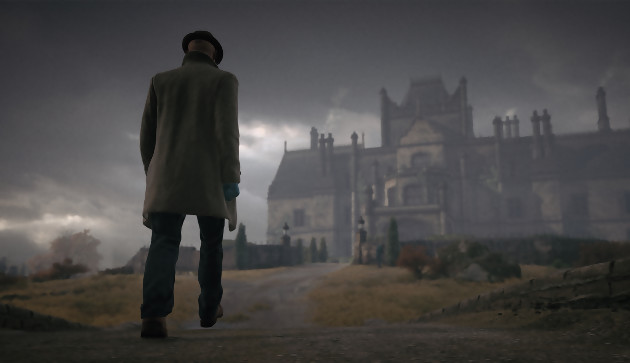 The destinations of this new episode also have a whole new system of shortcuts. These are generally folded ladders, which can only be unlocked from above. Once a detour has been found and this operation carried out, the path becomes accessible in both directions for all future parties. Another important point concerns the cutscenes, which are back “for real” this time. Recall that the second episode had unfortunately swapped most of the animated sequences for a succession of rather disappointing still shots. No such meanness this time around! The developers seem to have put the small dishes in the big ones, to such an extent that the first level of the game takes us squarely to Dubai, for the inauguration of the Scepter, the tallest building in the world! This building literally has its head in the clouds, and it is therefore by parachuting that Agent 47 approaches it. If the mission turns out to be relatively classic on the merits, it does not hesitate to put it in our eyes. Realistic reflections on the windows (without having to activate any RTX option…), dazzling rays of the sun, hot air balloons visible in the sky, abundant golden decorations and other throwing confetti are very pleasant to observe. 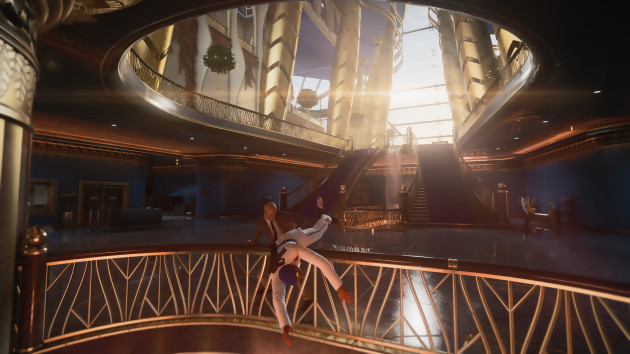 THE MANOR OF THE OLD DEAD

If one of the intrigues of Dubai makes it possible to eliminate very quickly our two targets (by bringing them to participate in a private meeting), the second mission turns out to be much longer. It takes place in a mansion located in England, which will bring back fond memories to players who have walked Hitman Contracts in the past. Here too the house houses several secret passages, while holes in the walls allow you to spy on what is happening in certain rooms. But the most interesting and original aspect of this mission comes from one of the ways of getting through it. Following a questionable death, Agent 47 can turn into a detective and question different inhabitants of the house to verify their alibi. It almost feels like a Sherlock Holmes adventure game even if, of course, this path is not compulsory. It is still possible to complete the mission in a more classic way, by infiltrating using multiple disguises, causing accidents, climbing gutters or even, if you really didn’t understand the Hitmans, by drawing weapons and shooting in the heap.

Our level of expectation

If it remains faithful to the first two episodes of the trilogy, this third part therefore seems to want to innovate at times. Is this search for originality in the gameplay one-off and reserved for the second mission of the adventure, or do the other levels also offer their share of surprises? It is still too early to comment on this point, but we will be sure to detail all of this in the final test. The latter should not be too late since the game is scheduled for release on January 20. Six different destinations will be offered to us, including not only Dubai and Dartmoor, but also Berlin and Chongqing. Agent 47 will show us around the country again and we can’t wait to get on board with him!