The adventure begins with a very welcome summary of the previous episodes. This is a detail that is important for a sequel, and which is unfortunately neglected by too many games. However, it allows newcomers to jump on the bandwagon, and regulars to hang up the wagons more easily. So we find Agent 47 in the company of Lucas Gray, his childhood friend. The two professional killers are back on the trail of the partners of Providence, the secret organization adept in global plots. The scenario reserves us some surprises and reversals of situation, and effectively concludes the trilogy by closing all the scenario arcs opened previously. Note that the game has the good taste to offer us again real animated cutscenes, like the HITMAN of 2016, and not simple stills à la HITMAN 2. 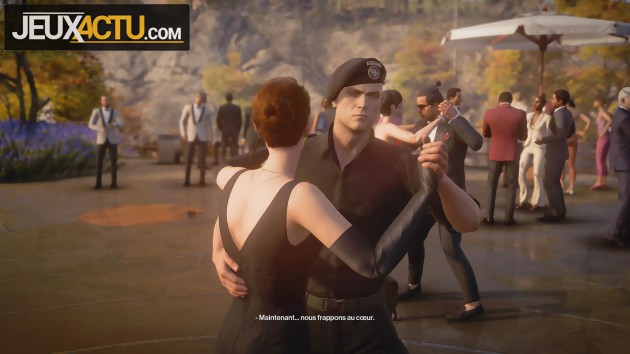 The heart of the gameplay has not changed, so we will not insult you by explaining it back and forth. Know all the same that we find all that made the success of the first two parts, namely very vast levels, multiple ways to achieve our ends, multiple paths, a level design with small onions, a component infiltration that works great, and the ability to get “intrigues” by spying on conversations of certain NPCs. These intrigues then guide the player and encourage him to follow this or that path to reach his target. This process is very effective, maybe even a little too much at times. Indeed, some intrigues allow us to eliminate a target, or even several, in a few minutes. Fortunately, just like its predecessors, this episode is a gem in terms of replayability. We will not fail to go through each mission many times in order to discover all its secrets and complete as many challenges as possible. Not to mention the countless contracts available online and created by players. 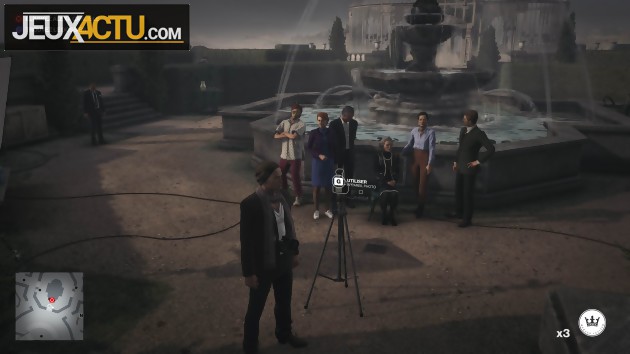 [ 19459001] The campaign consists of six levels that once again show us a lot of countries. Agent 47 begins his journey in Dubai, parachuted over the tallest building in the world. He then went to the region of Dartmoor in England, in order to infiltrate a splendid Victorian mansion. Change of mood for the third mission, which takes place in Berlin in a techno club nestled in the middle of an industrial area. It is then time to leave for China and visit some well-hidden buildings in the city of Chongqing. The fifth level offers us a splendid return to the sun, since it takes place in a chic villa located in Mendoza, Argentina. Finally, the last section of the game takes us to the Carpathians, under an icy snowstorm. All these environments benefit from a graphics engine which is still progressing, in small steps. It is in particular the atmospheric and luminosity effects which have been improved since the previous section. Raindrops trickle down Agent 47’s leather jacket when he is in the colorful streets of Chongqing, the reflections are endless in the Dubai building, the hazy atmosphere of Dartmoor reinforces the immersion, and the setting sun sublimates the Argentinian mountains. In addition, the engine is now able to handle 300 non-player characters simultaneously, which is particularly visible in the Berlin mission. The adventure also offers us two new little game mechanics. In some levels, it is now possible to unfold ladders blocked by a lock located high up, in order to create definitive and “meta” shortcuts for our next games. Agent 47’s inventory houses an advanced camera, which allows him to scan and open certain windows, doors and other ventilation ducts, or even to make high-tech glass walls opaque, just to have a little more privacy to act.

THE ALL RISK AGENT

These little novelties are not revolutionary, but they still prevent the game from being too similar to its predecessors. It must be said that the formula applied since 2016 is really excellent, and that developers must have a hard time moving away from it. Fortunately, the studio is not one to fall asleep on its laurels. In addition to the two aforementioned mechanics, the campaign also has some more specific surprises in store for us. Thus, three of the six missions deviate slightly from the usual pattern. In the Dartmoor mansion, for example, it is possible to pass yourself off as a private investigator investigating a death. We must then question the different occupants of the house to verify their alibis. In the Berlin level, Agent 47 does not know his targets in advance, and he must find five (at least) among ten potential victims. Finally, the very last mission adopts a deliberately linear structure, but we will not say more so as not to spoil the surprise. These different variations allow the game to find a good balance between respecting the winning formula and wanting to break the routine. 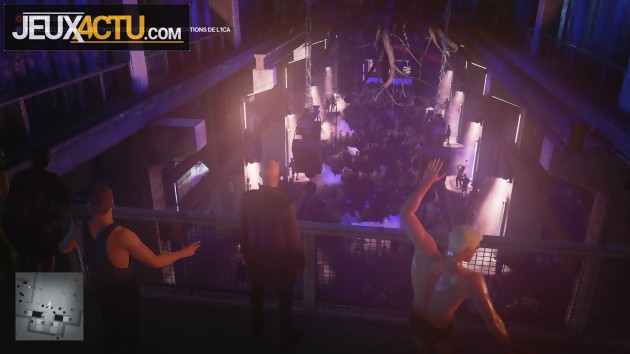 Really exciting, the game is by no means perfect. We can always blame him for the rigidity of certain animations, or an AI that is sometimes too permissive. Nothing embarrassing, obvious, or newly problematic, rest assured! It only remains to mention the exclusive Epic Games Store on PC which, if it is not a problem in itself as long as we do not get into the quarrels of chapels, complicates the integration of the previous content in this new component because HITMAN 2 is not available on the platform. This is still possible, but not in a simple and free way. However, don’t let this spoil the party! HITMAN 3 retains the excellence of the previous two parts, which it even surpasses at times, and offers us a delicious end to the trilogy.