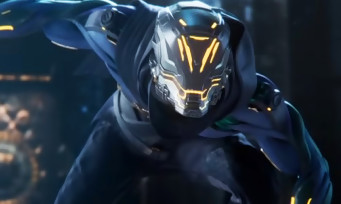 It’s been a little over a month now that Ghostrunner has built its reputation as a hardcore game, which is based on the system of die & retry . If it takes nerves of steel to come to the end of this surprising FPS developed by Poles and with a cyberpunk atmosphere (hello CD Projekt Red), know that the developers have thought of the try-casters since they inform us that ‘hardcore mode is now available on PC completely free of charge. The developers are obviously taking advantage of the end of year celebrations to offer the first DLC, called “Winter Pack” and which includes a Katana Cold Snap and its purple Cold Blood glove for the price of € 1.99. A trailer has been posted to give us an overview of these new features. As a reminder: Ghostrunner arrives on PS4 and Xbox One on December 17 and will be launched on Nintendo Switch on January 14, 2021. You are now in the mood.