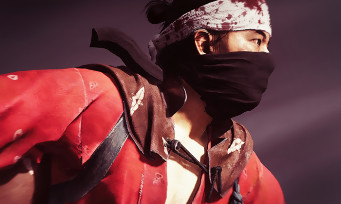 With The Last of Us Part 2, Ghost of Tsushima is clearly the game that will have marked the year 2020 of PlayStation with its indelible mark. Not only is this the best launch of a new franchise on PS4, but in addition, it has allowed feudal Japan to establish itself as an exotic environment in the world of video games. Building on this success, the Sucker Punch studio cannot ignore the call for a sequel that seems both logical and essential, especially as the open end suggests that we will have news from Jin Sakai soon. If a Ghost of Tsushima 2 has been the subject of rumors for several months, it could be that Dave Molloy has made a small mistake by updating his LinkedIn profile where he writes in black and white being “currently working on the Ghost of Tsushima game on PS5. ” Of course, one could imagine a port of the original game to PS5, or possibly a single player expansion, but the fact that Dave Molloy changed in the process confirms that he went a little too fast. Now, the Creative Director of the game mentions that he is working on “Ghost of Tsushima game for PlayStation”. More evasive remarks, but not enough to calm the enthusiasm of fans and analysts who recall that job offers from Sucker Punch required candidates to have good knowledge in the world of feudal Japan. With both critical and commercial success as strong as that of Ghost of Tsushima, it would be a shame not to offer it a sequel worthy of the presence of Jin Sakai.