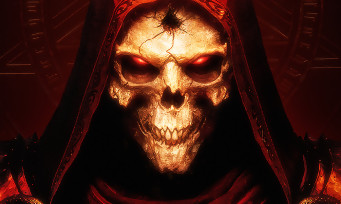 Even if BlizzCon Online was a real disaster in terms of announcements and surprise effects, the Blizzard event was still able to formalize the existence of Diablo II Resurrected, already at the state of rumor for a little while. More than 20 years after its original PC release, the game will make its comeback in a 3D remake on PC, PS4, Xbox Series X | S, PS4, Xbox One and even Nintendo Switch. No one will be harmed and this comeback will result in clear technical improvements. It is announced that the original 2D models now feature 3D rendering with physical effects, dynamic lighting, reworked animations and updated spell effects, all in a resolution up to 4K. The sound part has also been reworked to offer Dolby Surround 7.1 and therefore unparalleled immersion for people who are equipped. If the cross-play is not announced for the moment, the cross-platform on the other hand is of topicality, which will make it possible to preserve its progression whatever the machine which will run the game. The game is developed by Vicarious Vision with the help of an internal Blizzard studio and its release is expected sometime in 2021.