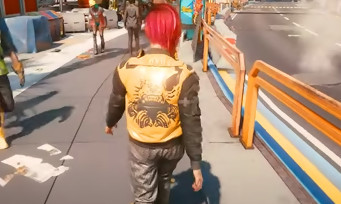 While the developers of CD Projekt Red continue to crunch to best correct the state in which the PS4 and Xbox One versions of Cyberpunk 2077 are found, on the modder side, we have finally found the means of offering the view in the third person so much demanded by a large number of players, allergic to the subjective sight. This is a mod released a few hours ago and already shared by many users who hastened to test it life size. If in classic walking, everything seems to work for the best, as soon as the character starts running, moving sideways, or pulls out his weapons, we witness a festival of bugs reminiscent of the darkest hours of Cyberpunk 2077. , or when we discovered the old gen console versions when they were released.

Obviously, the developers never designed the game to be displayed in third person view, it is difficult to obtain the animations provided for this purpose, especially at the level of the hips and arms which tend to shift or overlap.