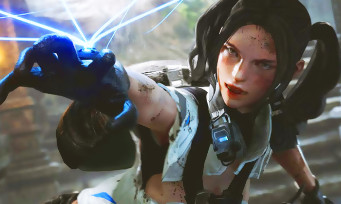 It has been several months since we had no news of Bright Memory Infinite, the famous FPS which had been developed by a single Chinese developer on a PC before catching Microsoft’s eye. Now supported by the team of Phil Spencer, the game continues its full production in the premises of FYQD_Studio, which has just published a fresh video. No frantic action, based on katana and heavy weapon combat, this time it is about presenting the big bad of the game. He is a soldier, with a fairly young face, but which could reveal his personality in the game. For the moment, his nice face lets us think that he looks harmless, but as everyone knows, the dress never makes the monk. This video is also an opportunity to review the fairly impressive graphics of the game, hoping that the final rendering is identical, because the demo during the Microsoft showcase obviously smacked of bullshit. We expect to see more, but know that the game is expected in 2021 on PC and Xbox Series X | S. A PS5 version is also in the pipeline but it will be released later. Finally, know that FYQD_Studio takes the opportunity to wish everyone a Happy Lunar New Year. The year of the buffalo, you know that.