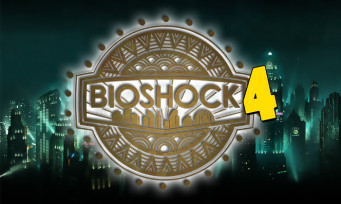 Now that we officially know that BioShock 4 is in development, we might as well say that we pay attention to every bit of information about it. For the moment, we just know that the title is designed by Cloud Chamber , a brand new studio founded under the aegis of 2K Games, and that it should register in a new world other than Rapture and Columbia. Its gameplay, for its part, would be “accessible, satisfying and allowing a high degree of expression”. Tempting information but which has not yet appeared in the form of images or trailers: we take our troubles patiently and, good news, new details have just emerged thanks to job offers.

Thus, Cloud Chamber is looking for an AI programmer, an interface designer, a world designer and, above all, a main screenwriter whose role will be to build “ [19459007 ] Memorable story arcs, write dialogue and breathe life into the characters. ” Even more interesting, apart from a substantial background demanded in the industry, the newcomer will “think hard-hitting, character-driven stories in an open world.”

It says it all: BioShock 4, or whatever its name, will therefore take place in an open world while keeping the strong narrative components that have made its reputation of the saga. We can therefore begin to imagine an ambitious universe while crossing our fingers so that it is not a cold shower, Ken Levine, creator of BioShock and BioShock Infinite, not having at all been requested for this new project. We hope to have concrete news soon …